Examining claims about the social objectives of estate renewal

Alistair Sisson is a Postdoctoral fellow at the University of Wollongong. This blog post was originally published at redwatch.org.au. Thanks to redwatch and Alistair for allowing us to republish this importance article.

Tenants' Union note: the article talks about the Land and Housing Corporation (LAHC). LAHC is a statutory corporation and the legal entity that owns residential properties on behalf of the NSW Government. It is the largest landlord in New South Wales with a portfolio of just over 140,000 properties. Around 100,000 are managed by LAHC directly (commonly referred to as 'public housing') and the remainder by community housing providers.

The Land and Housing Corporation (LAHC) makes four key claims about the social benefits of redeveloping public housing estates and replacing them with mixed tenure housing. These are listed below and examined in light of findings from scholarly research on estate redevelopment and mixed tenure policies (also known as ‘social mix’). I have also made some comments about the particular context of the Waterloo estate.

It is to be expected that new social housing will be better designed than old public housing (notwithstanding issues of building defects). It is implied that similar design improvements cannot be achieved without demolition and redevelopment. However, there are several examples of social housing refurbishment projects which bring old buildings up to contemporary standards. For instance, OFFICE Architects’ ‘Retain, Repair, Reinvest’ model demonstrates how public housing can be refurbished to higher standards than typical for new developments and at a lower cost than would be incurred through redevelopment. Internationally, architects Lacaton and Vassal are renowned for refurbishing public housing complexes to suit contemporary standards and needs.

Secondly, and perhaps more importantly, the claim that redevelopment makes social housing indistinguishable from other types implies that social housing should be indistinguishable from other types. It is sometimes claimed that it will reduce the ‘stigma’ of social housing (e.g. van den Nouwelant and Randolph 2016). However, Raynor et al. (2020) and Arthurson et al. (2015) find that private housing residents in mixed tenure developments held negative views towards their neighbours in social housing. This is because the stigmatisation of social housing is not merely a product of its appearance but the result of several decades of policy decisions and economic restructuring as well as hostile government and public attitudes towards the provision of assistance to people on low incomes (see Sisson 2022).  Making social housing less distinguishable is therefore a highly questionable justification for the extent of upheaval that renewal involves.

It isn’t entirely clear what LAHC means by this claim. I take it to mean that renewal will improve the amenity of public and community spaces as well as access infrastructure and services. This has occurred in some projects. Shaw and Hagemans (2015) explain that this is due to public and private investment that higher income households attract – as consumers with more disposable income than social housing tenants, as higher rate payers, and as a class with more influence over government policy decisions. However, Redfern and Waterloo are suburbs in which a large number of higher-income households already live, and where these levels of investment are already apparent. The argument is therefore less convincing in the specific context of the Waterloo estate renewal.

Crucially, access to enhanced place outcomes is not always equal. Jama & Shaw (2020) found in their study of the redevelopment of an estate in Carlton, Victoria, that private housing residents had access to facilities that social housing tenants did not, such as gardens and gyms. This was not only unequal but reduced the possibility for social interaction, which, as I explain below, has important consequences regarding claims that tenure mix reduces disadvantage

This claim is the most contentious of all claims about the benefits of renewal and mixed tenure development. The basis for the claim is the concept of ‘neighbourhood effects’, which, in essence, posits that the life chances of disadvantaged people are worsened by living in a neighbourhood where disadvantaged people are concentrated. This is to say that spatial concentration causes a level of disadvantage over and above that which is experienced by residents as a result of other causes.

At a broad level, this argument has been largely discredited. Galster, who has written extensively on the topic (e.g. 2007, 2013), argues that claims about social mix solving social disadvantage are “based more on faith than fact” (2007: 35). Similarly, Kelly and Porter (2019) conclude from their literature review that there were no empirical findings which supported social mix policies as solutions to disadvantage. To cite one example, Musterd et al. (2003: 87) found that the likelihood of a household gaining employment during the course of their longitudinal study was “barely dependent” on the employment status of neighbouring households.

In certain cases, access to employment and education might be improved by renewal, as part of their ‘place outcomes’ – including improved public transport services, new employment hubs, new education services, etc. (Arthurson et al. 2015). However, we can confidently set this aside in the case of Waterloo: it is a neighourhood that already has excellent access to employment and education, being located in close proximity to several schools, universities, and business districts (e.g. CBD, ATP, Surry Hills). This leaves claims about the benefits of ‘role modelling’ and social capital gained through the development of relationships between social housing and non-social housing residents. This claim has been proven false. For one, such relationships have not been found to develop; in fact, tenure mix can lead to experiences of exclusion and isolation for lower-income tenants (e.g. Chaskin and Joseph 2015; Jama and Shaw 2020; Popkin et al. 2004). Moreover, given that many social housing tenants are elderly, face significant adversity (such as disability, trauma, mental ill health and recent incarceration) and/or have caring responsibilities, the suggestion that a neighbour who owns their home or has paid employment will be an appropriate role model can’t be taken seriously and is highly disrespectful towards social housing tenants.

This claim is closely related to both the above claim regarding disadvantage and the earlier claim about place outcomes. Crime and antisocial behaviour, it suggests, will be reduced either through aforementioned 'role modelling’ or through design interventions which enable enhanced active or passive surveillance, or some combination of the two.

There are few studies that investigate changes in rates in crime and antisocial behaviour following estate renewal. Darcy and Rogers (2019: 5) comment that reductions in antisocial behaviour “over and above demographic change” tend to depend on design interventions and tenant selection strategies. Livingston et al. (2013) argue that the relationship between tenure mix and crime rates has not been clearly explained in the literature and, in their study of Glasgow, found it to be weak. They point instead to factors such as relative income and density of alcohol outlets. As such, while it may be possible to improve rates of crime or antisocial behaviour in one neighbourhood by relocating more deprived residents, this would not improve the rate of crime or antisocial behaviour generally.

Furthermore, Baum et al. (2015) find that a greater degree of tenure mix can lead to greater perceptions of antisocial behaviour. This is consistent with the aforementioned literature that suggests that social housing and non-social housing residents do not ‘mix’ to a great extent and the latter can hold hostile attitudes towards the former. It is also consistent with concerns raised by Waterloo residents about the relative lack of tolerance that private renters or homeowners might have for social housing tenants.

It should be clear by now that ‘numbers’ and ‘outcomes’ can’t be separated in the way that LAHC implies. This is because the arguments made by proponents of renewal and mixed tenure development are based on an expectation that outcomes are the result of numbers. In other words, the argument in favour of renewal and tenure mix posits that reducing the concentration of social housing will lead to socially beneficial outcomes. As I have outlined, this argument is highly questionable. Yet even if we accept the premise that deconcentration has socially beneficial outcomes, it is only logical to inquire about the extent of deconcentration required to achieve those outcomes. LAHC claims that 30% is an appropriate proportion of social housing and has followed this model for more than 20 years. However, they are yet to present the case – based on their own evidence or that of similar projects in other jurisdictions – that 30% social housing is the optimal proportion to achieve the social objectives they claim to desire.

Arthurson,K., Levin, I., & Ziersch, A. (2015). What is the Meaning of ‘Social Mix’? Shifting perspectives in planning and implementing public housing estate redevelopment. Australian Geographer, 46(4), 491-505.

Shaw, K. S., & Hagemans, I. W. (2015). ‘Gentrification Without Displacement’ and the Consequent Loss of Place: The Effects of Class Transition on Low-income Residents of Secure Housing in Gentrifying Areas. International Journal of Urban and Regional Research, 39(2), 323–341. 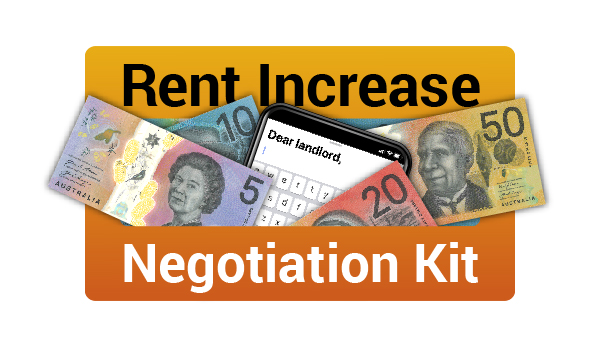